Whether it's the new iPad Killer or not, one thing's for sure—the Motorola XOOM is hackable. Just hours after its release last week, Verizon's new Android-based tablet (running Honeycomb) was rooted by hacker Koushik Dutta, which seems easy enough.

"Since it's another Google experience device, and ships with fastboot support (albeit, limited), it really does come rooted out of the box. Just needed to figure out the board kernel base, and compile up a new kernel."

To learn how to root your new Motorola XOOM tablet, just follow Koushik's directions below. If you prefer to keep your XOOM as is, take a gander at all the XOOM has to offer with the Android 3.0 operating system. 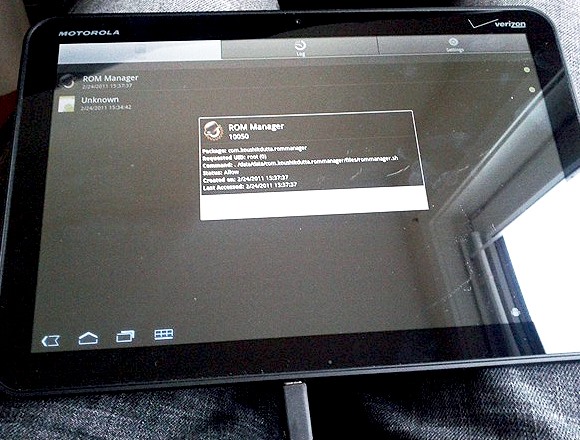 In order to root the Motorola XOOM, you will need adb (Android Debug Bridge) and fastboot installed on your computer.

To get started, you'll need to first install the Motorola XOOM's USB drivers, which you can get here or here.

adb is contained within the Android SDK, and is a tool that lets you manage the state of an emulator instance or Android-powered device.

It is a client-server program that includes three components:

Download the Android SDK for your operating system (Windows, Mac OS X or Linux). If you need help on installing the SDK, check out the step-by-step instructions.

Once installed, you can find the adb tool in <sdk>/platform-tools/. Or directly in the tools folder of the Android SDK folder.

In addition to the adb tool above, you'll also need to get the command-line fastboot tool to flash the system image of the device. Flashing your device in this way is useful if you need to install the radio and system images independently or you are already familiar with fastboot and are using it successfully in your environment. To use this method, your device must have a fastboot-compatible bootloader. Having the original factory bootloader included on ADP devices is not required.

But if you don't want to bother with that, just download the fastboot executable directly at the HTC Developer website.

You can get XOOM root ZIP file right here, which is built with the tegra: stingray kernel. 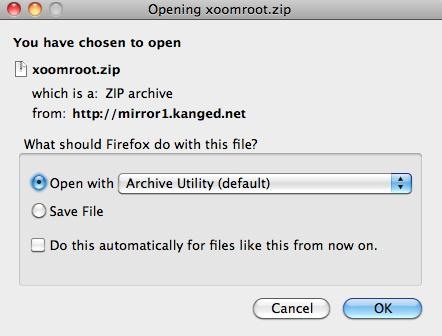 Use an un-zipper tool like WinZip or Apple's built-in support for unpacking ZIP files. It includes three files: rootboot.img, su, and Superuser.apk.

Step 6 Power Off the XOOM

Make sure your XOOM is connected via USB and then power if off.

In order to reboot, press the volume down and power buttons at the same time. Don't release the buttons until you see "Starting Fastboot protocol support" in the upper left-hand corner of the XOOM display. 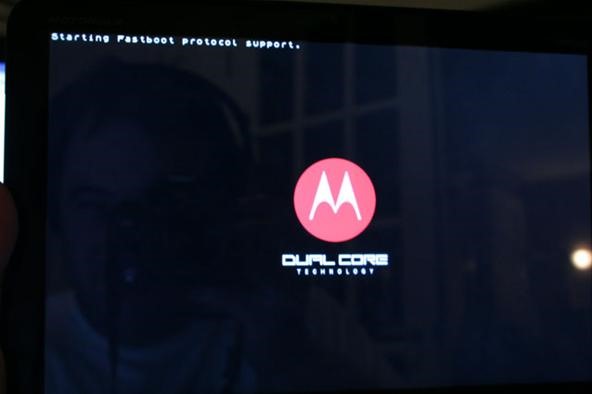 Step 8 Open up a terminal window

Open up a terminal window (or command prompt if on Windows) and navigate to your Android SDK "tools" folder (inside the Android SDK folder, where you installed that to) where fastboot resides. Then enter the command:

On your XOOM's display, you should see a warning message asking if you want to continue unlocking your device. Doing so will void the warranty. Press the volume down button until it states "Yes", then press the volume up button to beginning unlocking. Wait for a reboot. Once your Motorola XOOM has rebooted, connect to a Wi-Fi network or Verizon's network, but avoid setting up a Google account on your new Android tablet. Then, go to Settings > Applications > Development and enable USB Debugging.

Reboot your device using this command in your terminal window:

In the command prompt, use this command to flash the new boot image with fastboot:

In the command prompt, reboot your device using this command:

Wait for the XOOM to reboot to the lock screen. In the terminal window, input the following commands (hitting Enter after each one):

To check and make sure you had a successful reboot, enter adb shell into the command prompt and you'll get a # prompt.

And that's it—the Motorola XOOM is now rooted with the Superuser app.